Having Fun with FFASTrans

Having Fun with FFASTrans

So a little background, I'm an IT Engineer for a local news station. The reporters have been complaining that editing and sending videos to air from their laptops both at the station and out in the field is quite a hassle, and requires multiple people to get them on air. So I started working on a way to remove the middle people and allow them to send right to air. This is what I came up with, along with them having a way to check the status of the videos they sent.

First up the workflows. I have two of them, one for when they are here at the station, and one when out in the field. The only difference is the in station workflow, only allows for videos that are in Intra50, so they can be sent to our Airspeeds directly, and the field workflow converts video sent to Intra50:

Now, to allow them to check if what they sent worked, or had issues.
First I set up the web interface, then using a Raspberry Pi as a viewer, added it to our in house cable network, so it can be viewed on TVs as a channel:

But, that only works when they are in house, so next I started on something for out in the field. What I came up with, was using the email node, to send specially crafted emails to a Wordpress blog, that would then list each "post" in a table, with color coding. This can be accessed from anywhere, even their phones: 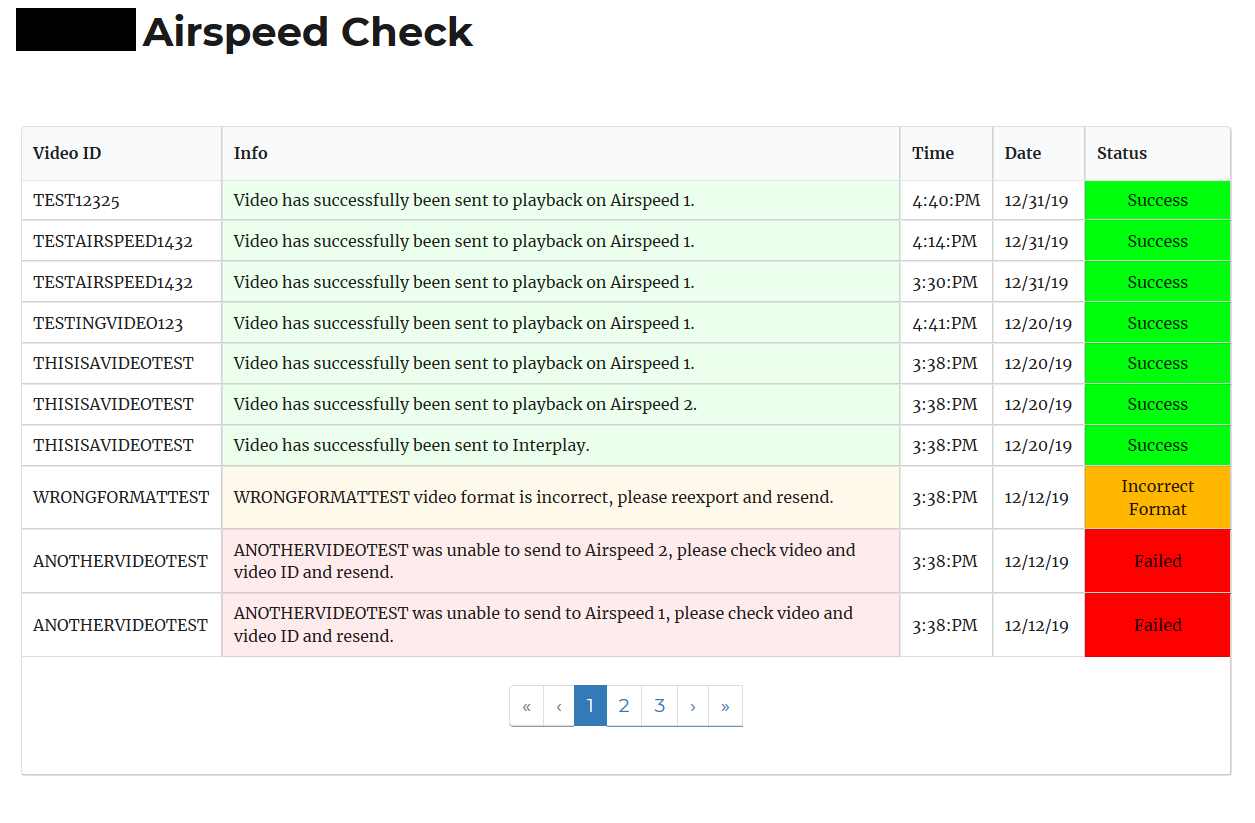 Hello failsafe5000 and happy new year 2020!!
Really good job. In your first workflow (house to airspeed), wouldn't it be useful to convert the no intra50 files to intra 50 before distribute them? Or you cannot accept no intra50 files?
Congrats again and STeinar and Encodem will probably tell you what they think about it.

This was very nice

It always warms my heart when people use their imagination and utilize FFAStrans in conjunction with other systems, in order to improve their particular in-house workflows.

This looks great! I'm still learning how to utilise this amazing software to it's full potential and the best way is by looking at other people's workflows. Would you mind uploading these workflows so I could get a better understanding of how they work?

sorry for the late reply and thanks for this encouraging thread.

Small tipp, you could actually expose the webint directly to the internet (enable auth) and just open the ports between the machine where webint runs on and ffastrans.
Also, i see you have troubles with the space for "instance name". Documentation on that will follow shortly, but you can use html in the instance name field on admin panel, like that:

I'll definitely use that, for the instance name. As for exposing it to the internet, I would have loved to have done that, but my workplace is really strict on opening ports and devices to the outside, requiring a bunch of paperwork and such. So the website setup was the easier option.
Top
Post Reply
6 posts • Page 1 of 1

Return to “Usage, tips and tricks”